John Williams, President at Sterling Merchandising in Bayamon, Puerto Rico, was able to utter those two words after Hurricane Maria ripped through the island in September 2017. The Sterling Merchandising facility, constructed with insulated metal panels from Metl-Span, survived the category 4 hurricane with no leaks and minimal damage.

“I’ve thoroughly inspected the building and there are no leaks,” Williams says. “We lost a couple downspouts and a little guttering, but that’s about it. There was one ridge cap that was bent, but I just bent it back and screwed it down.

“It’s very impressive because it blew hard and the building is 100 percent airtight.”

The Sterling Merchandising facility, which houses national brands from all over the United States, measures 23,000 square feet, while the freezer portion is 11,000 square feet. Since opening in October 2009, the facility has endured its share of “testing,” including a small hurricane and an earthquake that measured over 7.0. Hurricane Maria came at the facility with winds estimated up to 180 mph.

For both the roof and wall panel, Metl-Span’s CF42 was chosen by Williams. Both feature a six-inch core of urethane for insulation, helping keep Sterling’s ice cream stock at a temperature between minus 13 and minus 22 Fahrenheit. A total of 26,488 square feet of CF42 was installed as wall panel and 14,583 square feet of CF42R serves as the roof. Both are 22-gauge Galvalume in PVDF Polar White.

“About 12 hours after we lost power, we turned on our 1 megawatt generator,” Williams says. “In that time, the freezer temperature went from -15 Fahrenheit to -8 Fahrenheit. The generator quickly took it back down.”

“The design and construction were key to surviving all this building has been through,” says Sabol. “It is a solid structure with the right panels and the right attachment system. It’s about good engineering and good practices.”

Sabol visited the site within a couple weeks of Hurricane Maria and noted that several food and beverage buildings in the vicinity were severely damaged. “Sterling Merchandising is the only one that is still operating,” he says. 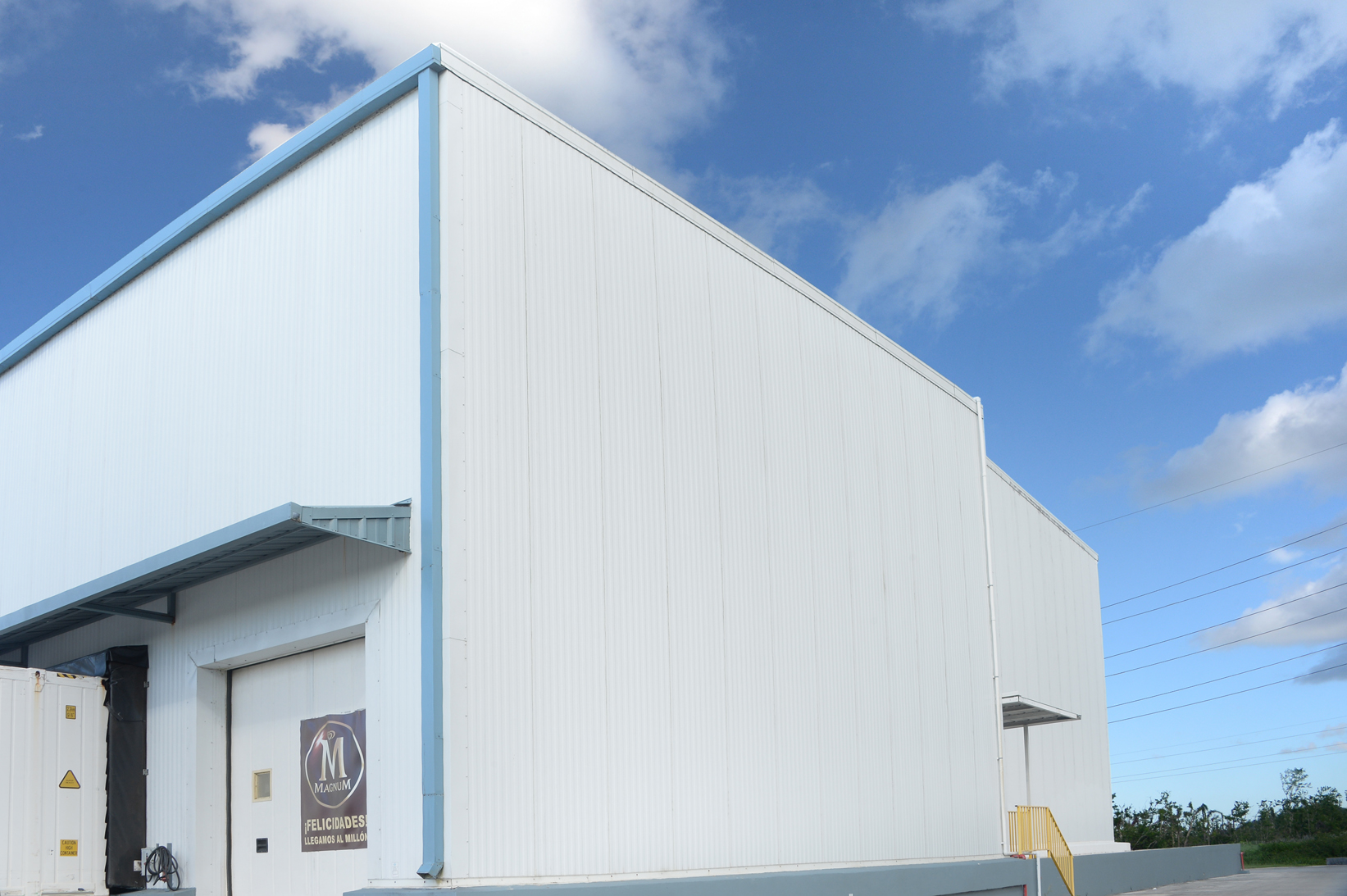 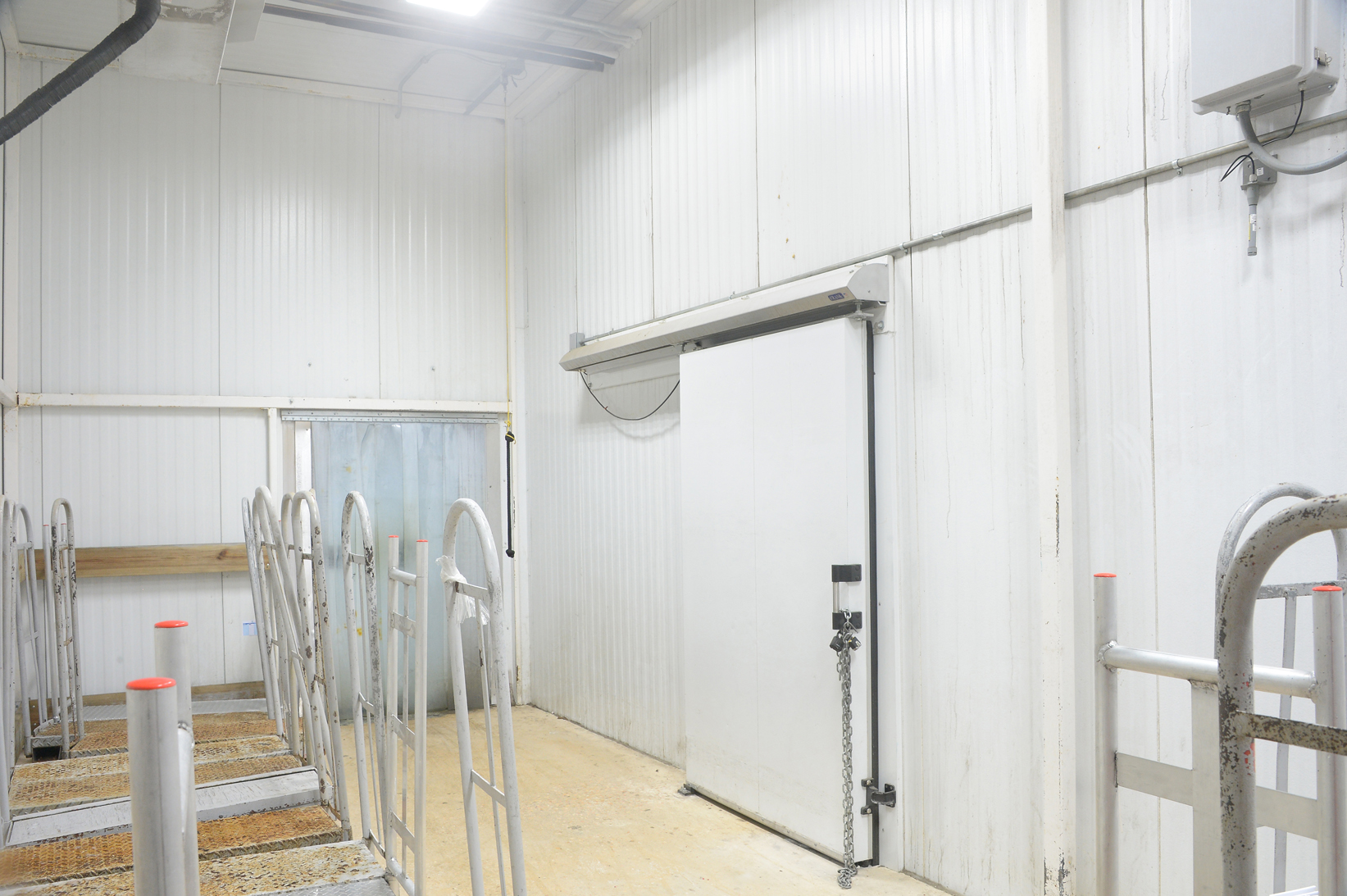 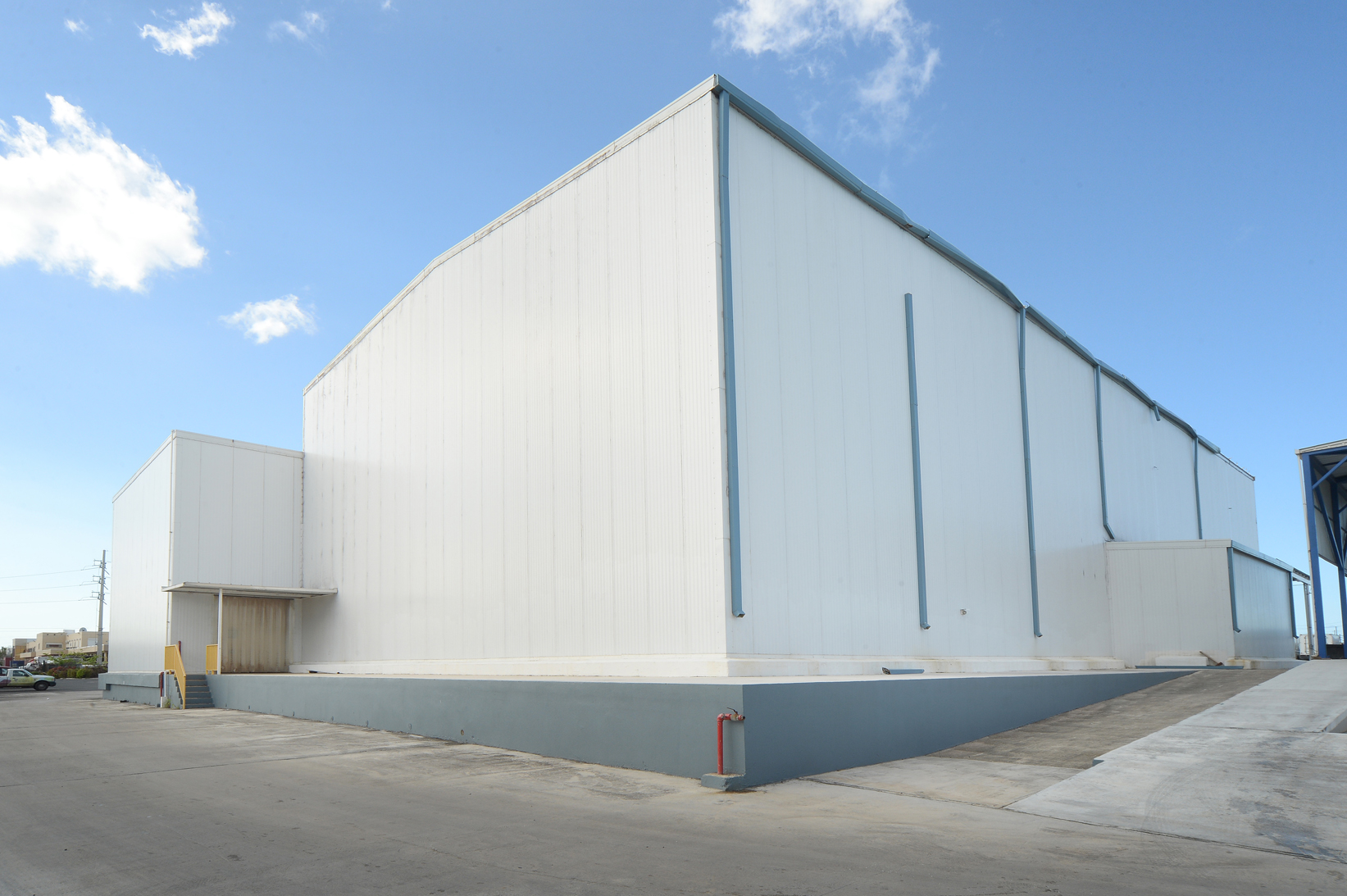