The Liberty University athletic staff and student-athletes had a great deal to celebrate at the ribbon-cutting ceremony of their spacious new Indoor Football Practice Facility in August. The $29 million, 95,000-square-foot structure represents not only a substantial recruitment tool and a commitment to the success of the Lynchburg, Va.-based university football program, but the next step in a two-year proposal to reclassify Liberty University as a Football Bowl Subdivision (FBS) team—joining the ranks of the NCAA’s top-tier of competition.

“I can’t tell you how excited I am,” said Liberty University President Jerry Falwell. “It hasn’t been too many years ago that the FBS seemed like something that would happen in the next generation and an indoor football practice facility was something that we would only dream about. I thought it would be a long time coming, so to see it actually being finished this quickly is beyond exciting. It’s really going to take our football program to another level.”

Falwell announced plans for the state-of-the-art indoor practice facility just two years ago. The design by Liberty University and VMDO Architects called for a 70-foot dome ceiling with clearance for booming punts and kickoffs, along with a full-size AstroTurf practice field. Of course, the benefit of an indoor practice facility is the team’s ability to take the field despite inclement weather. The designers at VMDO turned to an insulated metal panel (IMP) system by Metl-Span to meet the all-weather performance requirements.

“We have nothing but positive reactions to date,” Eaton says. “The building owner loves the finished project and the fact that we finished on time, even after they took a few weeks off the original schedule.”

IMPs offer a unique combination of aesthetic design options, including mitered panel edges, flatness, and a vast array of profiles, textures and reveal configurations. CF Architectural flat wall profiles are ideally suited for designers seeking a monolithic architectural façade without sacrificing performance elements. The beautiful, flush panels have become a mainstay in projects in a number of high-end architectural markets.

Located at the northeast end of Williams Stadium, the facility towers over the adjacent Football Operations Center as one of several recent additions to the growing Liberty University campus. The new Indoor Football Practice Facility’s modern metal aesthetic blends the old and the new with gleaming Polar White and Sandstone hues. While Metl-Span CF Architectural IMPs provides the bulk of the building envelope, designers also implemented glass to provide natural lighting in the massive space.

The practice facility has already become a major athletics hub at Liberty University. More than a dozen collegiate and club teams are able to take advantage of the indoor space each week. A number of additional campus improvements are also underway, including a new academic complex and a natatorium with an eight lane, 50-meter pool and a full complement of springboards and platforms. Currently under construction, the natatorium will also feature Metl-Span CF IMP cladding. 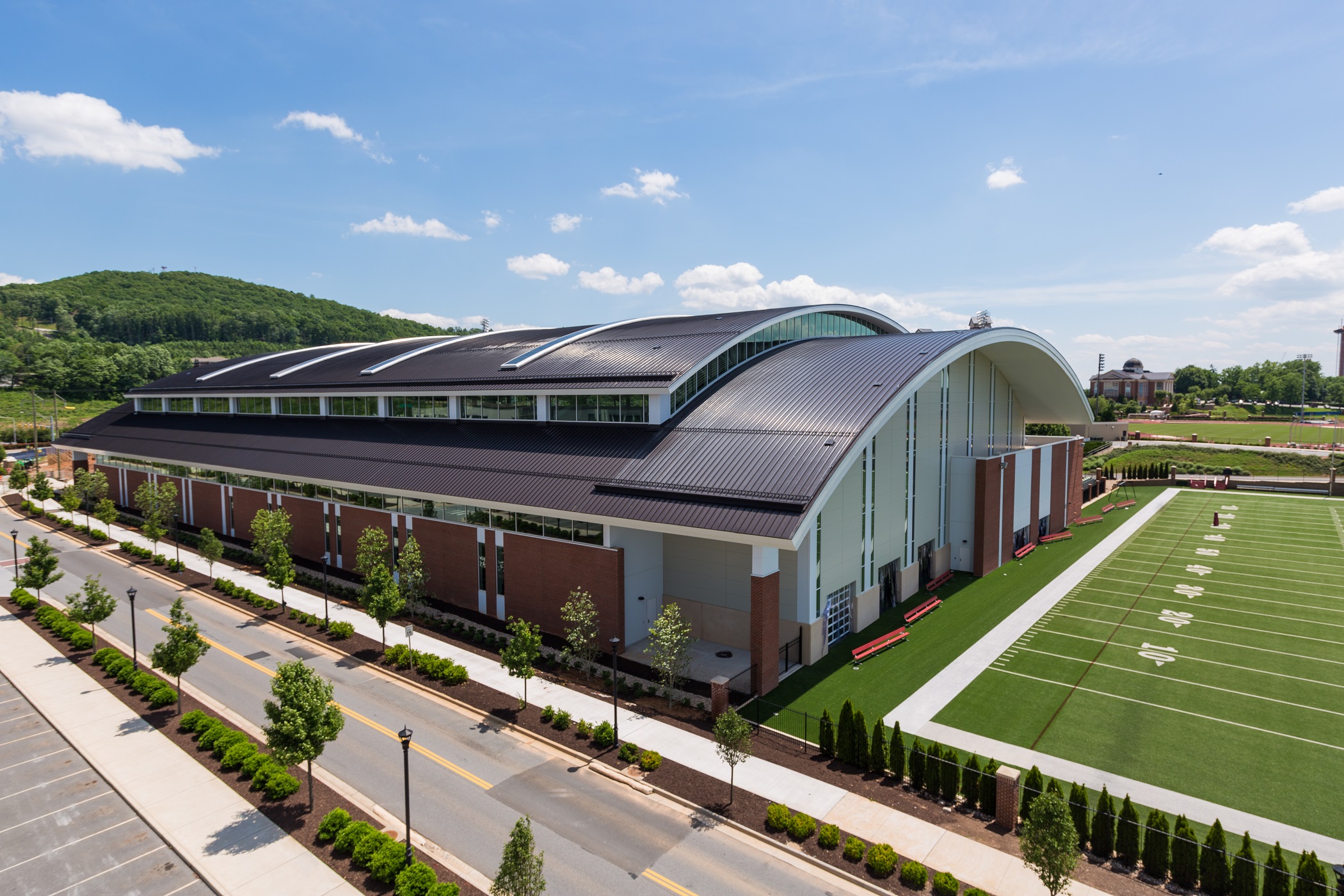 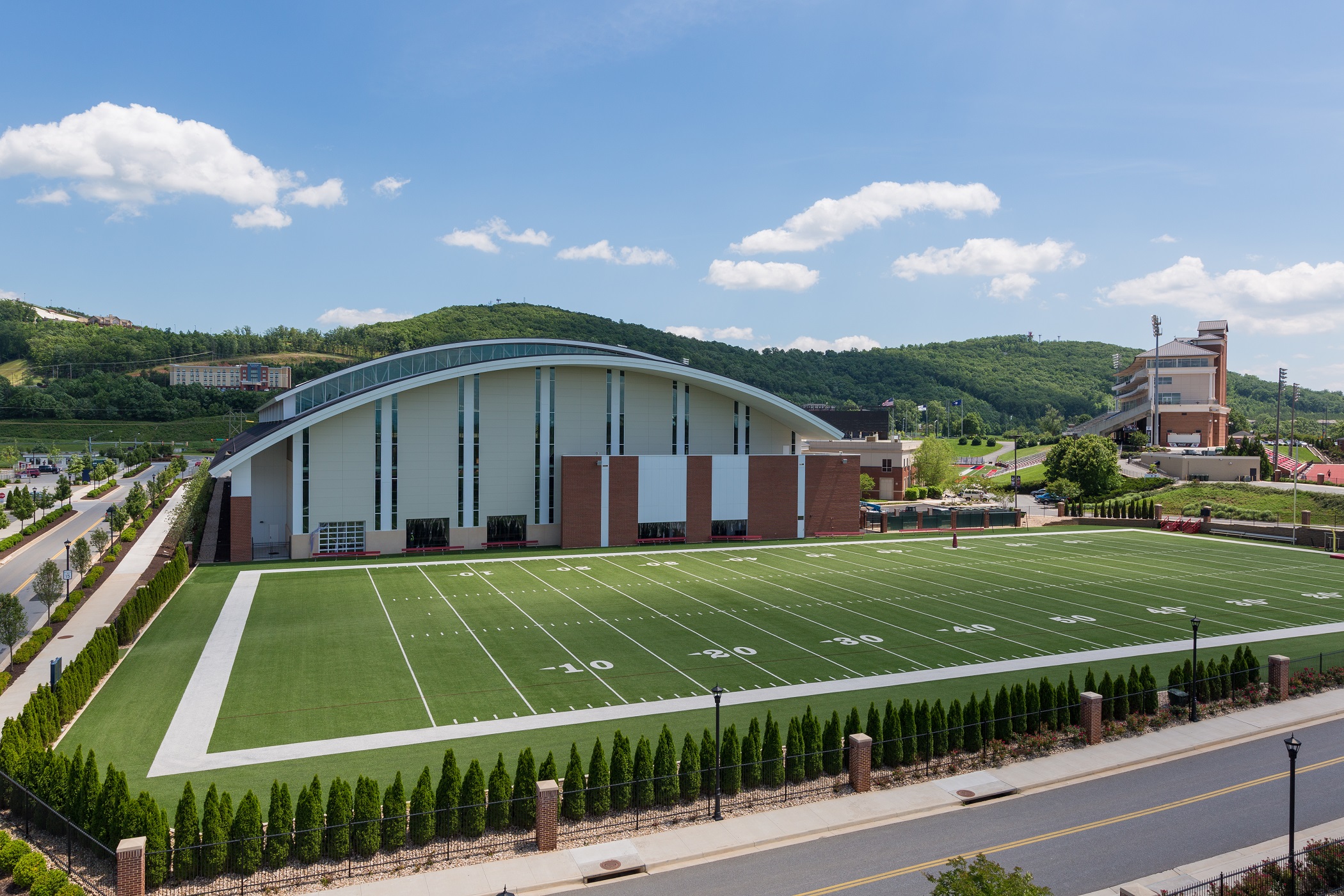 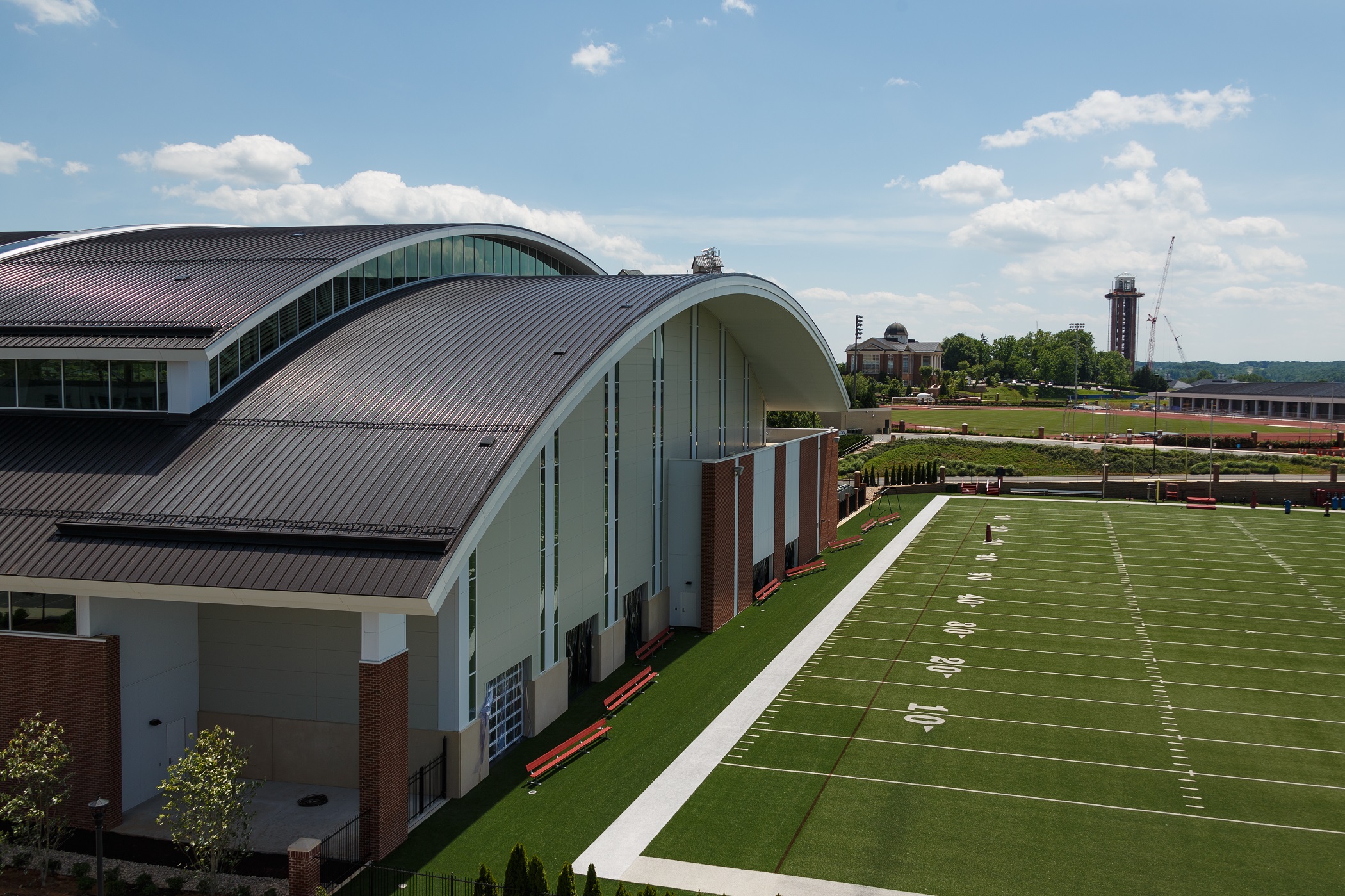