This award is entrusted to an individual who has worked unselfishly for the success of the association and the betterment of the metal construction industry as a whole. The recipient is recognized for reflecting the spirit of Larry A. Swaney, the founding president of the association and an individual committed to promoting communication, cooperation, sharing and unity, as well as fostering growth and enhancing the betterment of metal construction. 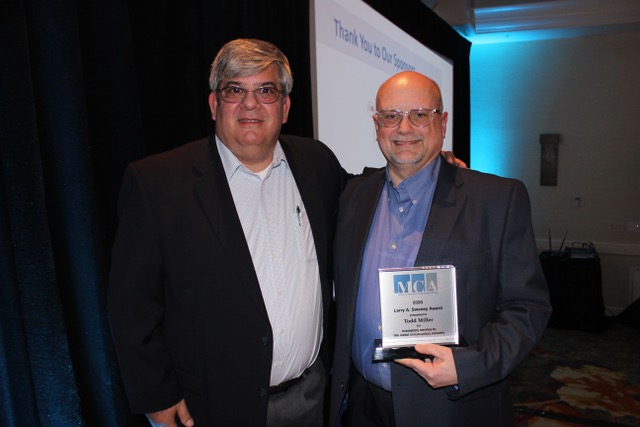 This award recognizes one individual from a MCA member company who has recently made significant volunteer contributions to the Metal Construction Association. A nominee must be employed by a member company and should participate in MCA activities such as councils, committees, and/or the board. Established to honor Pat Bush, longtime MCA board member and past Swaney Award winner, who passed away in 2010, the inaugural award was presented at the 2011 MCA Annual Meeting.