Fire, Water, and Metal Mix is More Than Elemental

If there is one thing that firefighters know and recognize better than anyone else, it is fire. But for the Fire Department of New York’s Marine Company (MC) 01 Fire House, the architects at CDR Studio Architects, PC, called on a very different, but still familiar, element for inspiration: water. The result is a striking new home for the last marine firefighting company on the island of Manhattan and MCA’s winner of the Chairman Award in the municipal category for 2013.

"FDNY Marine Company 01 is located on an active waterfront," said Jonathan Dreyfous, AIA LEED AP, partner at CDR, and lead architect on the project. "CDR was inspired by the iconic forms of naval architecture, such as lighthouses, [and the use of] zinc provides a durable finish, which will soften and weather into a warm gray tone not unlike the Hudson River itself."

To achieve this look, the CDR team used approximately 15,000 sq ft of RHEINZINK Preweathered Blue-Gray Double Lock Standing Seam Roof Panels and Flatlock tile, chosen in part, said Dreyfous, because with metal, the "possibilities are endless." The continuity and expansive use of the silvery zinc serves not only as homage to the structure’s location on Pier 53, but also its purpose and significance as a municipal building and symbol of safety for the people of New York. "A uniform zinc roof and wall cladding reinforces an identifiable simplicity which speaks to the important presence of civic architecture," Dreyfous said.

But unlike the heavy and heavily adorned classical architecture so common to municipal buildings, many of the uncommon architectural details of MC 01 are meant to work within the limitations of the building’s environment—and capitalize on the many advantages of having such great expanses of metal and water available.

A steeply angled protrusion at the water-side of the building reflects the sun bouncing off the water into the series of large windows below, illuminating the interior with natural light and limiting the need for artificial solutions. The oblique roof also serves the important purpose of hiding the many mechanical elements needed to keep the operation running—which, because of the building’s precarious perch on the Hudson, had to be housed on the roof—retaining the clean, almost crystalline lines of the structure and adding asymmetry and visual interest. An added benefit is that the shed-style roof ensures rain, snow, and ice fall directly into the river below.

A future park that will share the MC 01 site required clear sight lines, demanding that the architects limit the footprint of the 8,500 sq-ft facility, resulting in the narrow, stacked design, providing even further opportunities to capitalize on the surroundings.

"The form of the building protects the staging areas and fast boat response docks from prevailing winds," Dreyfous said. "Each level is sheared from the level above or below it to create shading overhangs and exterior observation areas. The city-facing façade is a simple form which transforms into a more eroded, carved form as it reaches the water’s edge," resulting in an almost iceburg-like structure that seems to float in the water. The expansive zinc cladding, according to Dreyfous, "acts as a binding agent pulling all [of these] pieces together."

"There were many operational parameters involved in the conceptualization of MC 01," Dreyfous said. "Yet we also wanted to bring an intangible, uncanny quality to the building, as if it was simultaneously contemporary and felt like it had always been there."

Built as a homeland-security structure, the MC 01 has several hidden elements reflecting this distinction. The pier level includes a drive-through garage for fire and Specialty Operation Command vehicles as well as space for buoy storage, and is designed to accommodate flooding in the case of emergency. On the third floor, the command center—the so-called brain of the operation—houses a long series of windows designed to allow the firefighters inside a clear view of their jurisdiction. The remaining windows, although seemingly sporadic, are designed to take full advantage of the available light as the sun rises and sets over the Hudson. And on the roof, a special crow’s nest, designed as a "quiet place" for the eight to 10 people working and living within, boasts a panoramic view of the glittering Manhattan skyline. The remaining interior areas accommodate the many strict sustainability guidelines set by the city of New York when the building was commissioned and include all Energy Star-certified appliances and equipment and a passive ventilation system that will cut the need for air conditioning and electricity usage.

But the costliest portion of the work is not as visually striking as the metal-clad exterior and may even go unnoticed by visitors to the site. Of the $14.3 million budget for the structure, $8 million was spent creating the pier and dock structure to serve as a harbor for the fireboat commissioned for the station after 9/11: the 343, a 140-ft ship capable of traveling at speeds of up to 18 knots (about 20 mph) and pumping more than 50 times the amount of water as a traditional fire truck.

A great deal of that $8 million, and the architects’ time, also went into creating the underwater constructions to support the tall, narrow building. Although many piles leftover from past buildings stud the field around MC 01, serving as a "palimpsest of past river structures," according to CDR, a number of 200’ concrete piles, built using recycled and locally sourced materials, were needed to ensure the building could support the weight of its varied machinery. The result merges the remnants of the past while leaving plenty of room on the site for MC 01’s forward-minded neighbors, including a recycling depot and the aforementioned park.

All of this careful detail has not gone unnoticed by MC 01’s neighbors in New York or by the architectural world at large. Since its completion in October 2011, the firehouse has won several awards, including the 2013 American Institute of Architects New York State Design Award in the institutional category and an Excellence in Civil Architecture Award in 2012 from the Society of American Registered Architects. The owners, too, have been singing the praises of their seaworthy new home.

"Though not a ‘traditional firehouse’ in appearance, the FDNY has been very positive in its feedback on the functionality and dignified presence of the building," Dreyfous said. "[And] from word of mouth, we have gotten some very nice comments." 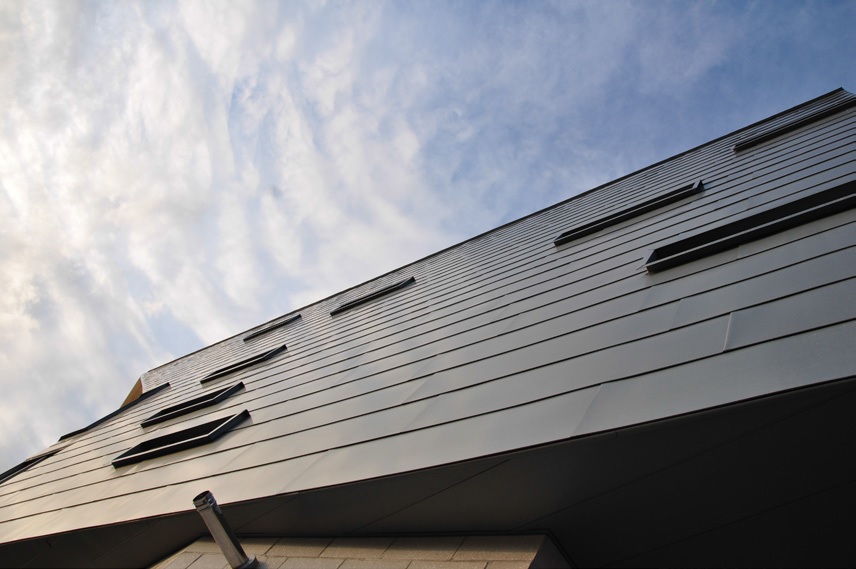 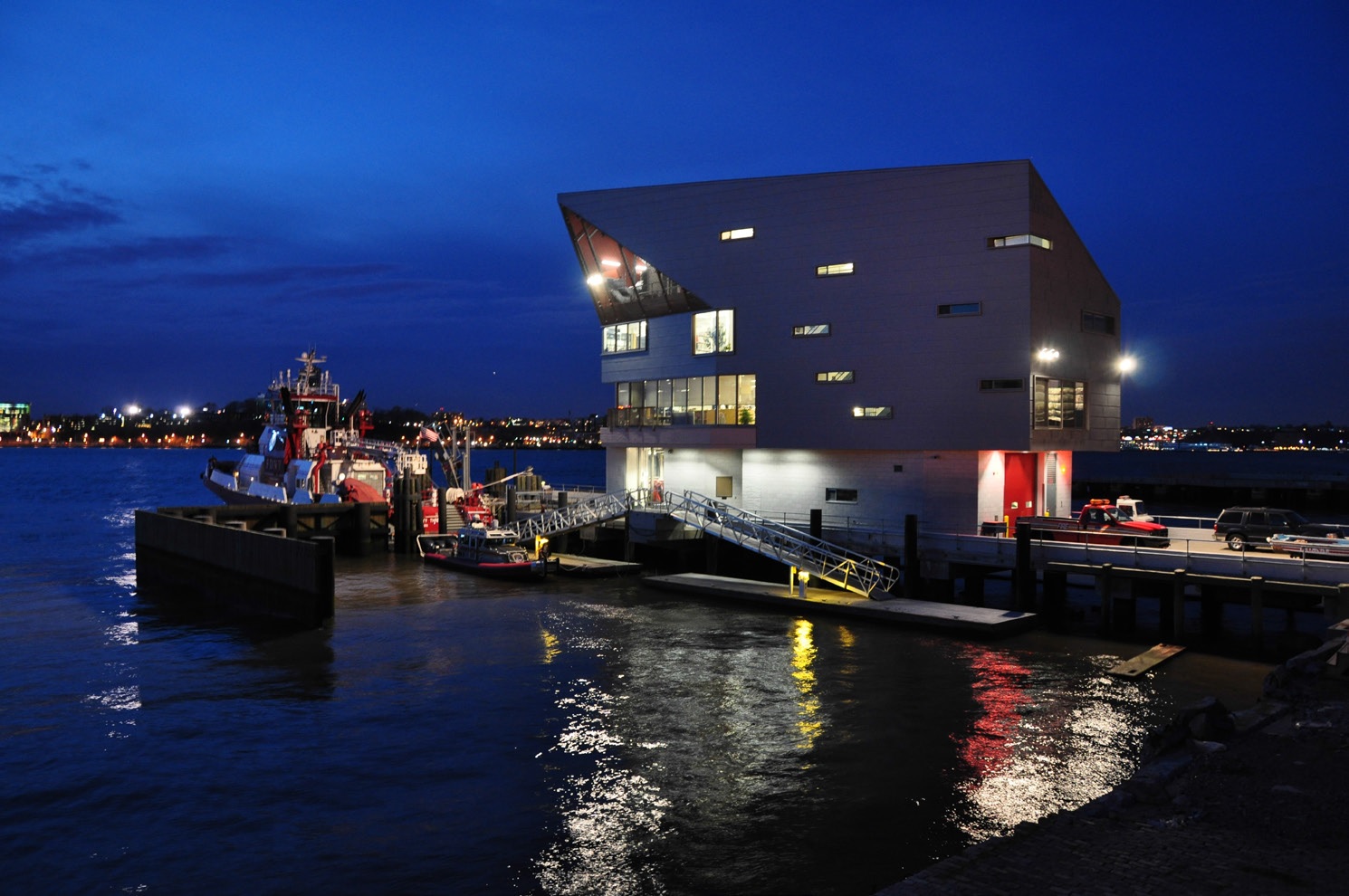