Nestled in the Columbia River Gorge, Tum-A-Lum Lumber Company has been a part of the small Hood River, Oregon community for more than 100 years. But when the owners realized the rapidly aging building needed a remodel, a new roof was not part of the initial plan.

Designers for the project initially thought patching and repairs would be sufficient for the 35-year-old, 17,000 square foot roof, however upon further inspection it was determined that the building needed a new roof. Early on, an entire tear off and replacement of the old metal roof was considered even though it would have opened up the entire building to the elements.

Eventually designers discovered a product seemingly designed for projects like this: the EXCEPTIONAL® Metals EM Retro-R® metal roofing panel. This panel is made for retrofit applications and can be applied directly over an existing metal roof.

Travis Nelson, owner of Brown Roofing, an authorized Duro-Last Master roofing contractor selected for this project, said this was a roofing solution that worked for both the building owner and the general contractor.

“The designers realized using the EM Retro-R panel would help with the overall cost of the project while also allowing Tum-A-Lum to stay open during construction,” Nelson said.

Staying open during construction was one of the top priorities of the remodel, said Renee Coffman, Consumer Business Development Manager for Tum-A-Lum.

“Using this roofing option made the process much quicker, which helped us stay open during construction,” Coffman said. “We have been able to serve our customers and not lose business this entire time. If we had to put a new roof on it, it would have drawn out this process a lot longer.”

No Stall in the Install

Since this project had many different phases, the General Contractor on the project, Griffin Construction, L.L.C., appreciated how fast the EM Retro-R panels went down.

“Using this product enabled us to get the roof done in a timely manner and make sure all of the new interior finishes weren’t damaged,” said Matt Hammel, Project Manager for Griffin Construction.

“This is a great value engineering option for a building owner, in lieu of replacing the whole roof,” Hammel said.

“EM Retro-R panels are a great option for building owners and contractors. It doesn’t hold up construction and we are able to go on with work on the interior of the building while the roofer is up installing. It doesn’t hold us up at all, which is critical.”

Safe Installation in the “Wind Surfing Capital of the West”

One of the challenges of this project was northern Oregon’s unpredictable weather, especially in November through June when this project took place. With Hood River being known as the “Wind Surfing Capital of the West,” special precautions were required during the roof installation.

“The EM Retro-R panels were larger than average for us, so we had to be very cautious because large metal panels can be like a large sail,” Nelson said. “There would be days when the weather would blow in from the Pacific Ocean and we would have to get off the roof for safety.”

“Luckily the EM Retro-R is a strong panel,” Nelson said. “The way they are constructed is very sound so we never had any problems when we were maneuvering them.”

Not having to open up the roof in the winter meant the EM Retro-R was also a safer option for all of the workers on the project – including Tum-A-Lum’s employees and customers.

“Working on open purlins in the middle of winter would have been challenging,” Nelson said. “This way the roof didn’t have to be opened, keeping workers working safely, building contents safe and the other contractors on the project safe, too.”

On top of being a quick and effective roofing solution, the EM Retro-R panels gave the building the fresh look Tum-A-Lum was looking for.

“It looks like a brand new roof. You can’t even tell the old roof is underneath it,” Coffman said. “This remodel is night-and-day different. It doesn’t look like your typical lumber yard anymore.”

The color choice of Burnished Slate for the roof and Midnight Bronze for the trim allowed the roof to fit in with the new design of the entire remodel, which Hammel said also included metal siding, bamboo shiplap and soffits along with a new red entryway.

“Everyone has been very happy with the result, especially the new look of the building,” Nelson said. “I am confident Tum-A-Lum would have been disappointed if they had just patched up the existing roof. It wouldn’t look as striking as it does.”

Talk of the Town

Tum-A-Lum’s transformation hasn’t gone unnoticed. Tum-A-Lum is located on one of the main intersections of Hood River.

“We live in an area with a small population and this is the busiest intersection that is visited by a lot of people,” Nelson said. “It’s nice to have an efficient and attractive solution to remodeling this roof structure.”

Tum-A-Lum recently celebrated its 110th anniversary – making this transformation even more important to the community.

“Our customers have been in awe,” Coffman said. “It’s been fun watching all of the reactions from different people.”

“This renovation doubled the size of our retail space so we can offer twice as much product. This means locals don’t have to drive 20 miles or more to get what they need. It’s great for us and great for the local economy.” 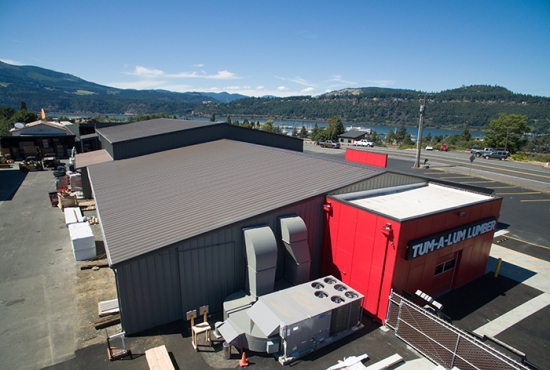 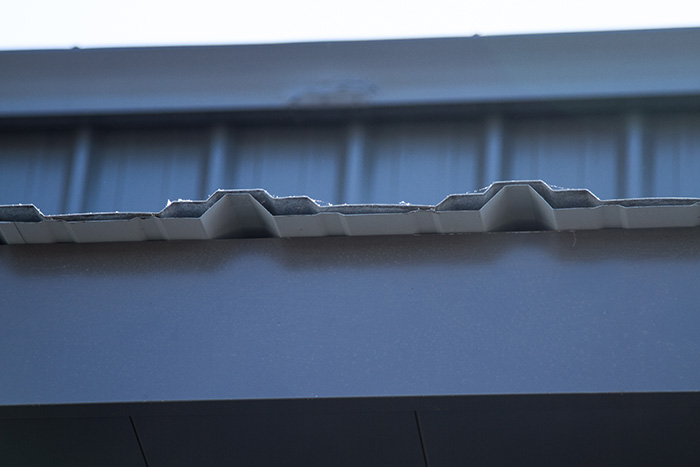 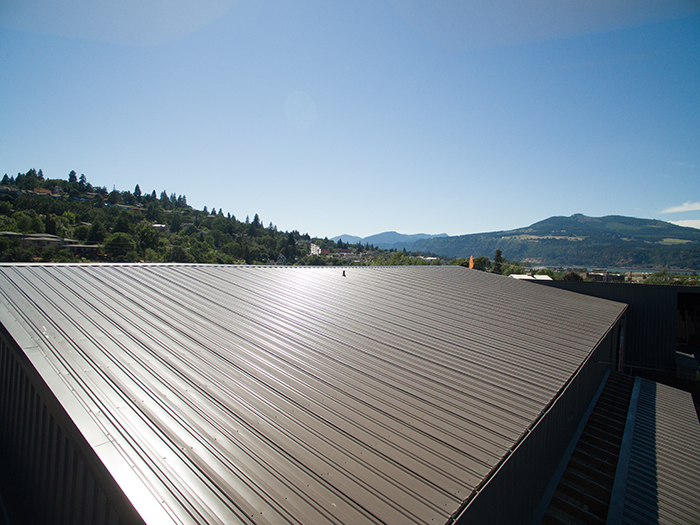